When life’s adversities just keep pushing down– what do you? 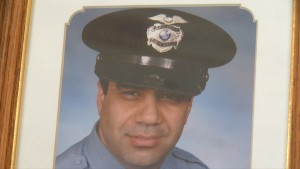 Some give in—some fight hard—but still lose. Others fight hard—and win—thanks to some help.

For one Northern Michigan man, his fight was much more than he ever expected.

And that’s thanks in part to not just one but two heroes who got in the fight alongside him.

“I was a law enforcement officer, a firefighter, firefighter instructor and I was also on the hazmat team,” said Rocky Beydoun.

From his career in law enforcement to his devotion to mentoring, Rocky has spent much of his life helping others
“Well I retired, and thought I could come up here and enjoy my retirement,” Rocky said.

Then in March 2020, he began to recognize something just was not right.

“I came home, showered, told my wife I am in a lot of pain. I started turning white. My hands started getting deformed,” Rocky said. “Things weren’t getting better. Things were just getting worse and worse so at that point I said ‘I think you got to take me in.”

His pain was so bad that he couldn’t even make it to the hospital. An ambulance picked him up the rest of the way.

“He had to go to surgery right away because of the nature of his presentation,” Dr. Sharapov said.

Rocky had a severe amount of internal bleeding. 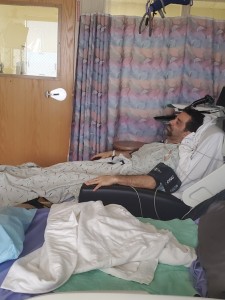 Dr. Sharapov was called in to take rocky into emergency surgery.

“When you look at the CAT scan you see some things just don’t add up and this is an unusual condition,” Dr. Sharapov said.

Hours after surgery number one, Rocky took a turn for the worse and Dr. Sharapov had to go back in.

“When I got the report and I looked at the CAT scan, I realized this is trouble,” Dr. Sharapov said.

Rocky had a rare pancreatic aneurysm.

“These are one of the least common aneurysms you can find,” Dr. Sharapov. “Statistics were not in his favor, but God had a different way and everything sort of lined up perfectly.”

“I’m just stunned at the type of work that he did,” Rocky said.

Then it was time for rocky to recover at home.

“When morning came, I thought I was going to be on hospice to be honest with you,” Rocky said. “I told my wife I don’t think I can do this. Put me on hospice. It’s done. And I was calling my friends and saying good bye.” 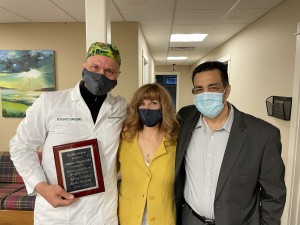 “I walked in and all I saw was a shell of a man,” she said. “He looked absolutely miserable. He was literally coming to my doorstep three days after surgery. It was just a miracle that he was alive.”

“I just knew from then on he just needed a higher level of care,” Jessica said.

After some tests, she was able to determine Rocky was suffering from an abscess– on *op of his surgery recovery and his aneurysm.

“He was checking in with me daily,” she said.

And by checking in–

“She gave me her cell number and said ‘please contact me if you have any issues’ and she would check in my every day,” Rocky said. I mean how many doctors would do?”

Well– not many but there aren’t many like Jessica.

“It’s more of just being able to be there for them. Being that support to know they’re not alone in that situation,” she said. “I’ve always treated my patients, whoever they may be, with the same kind of, I want to treat you like family.”

“I’m not supposed to be here,” Rocky said. “But I’m still here talking to you. I’m walking, I’m driving. I’m stunned as how fast I recovered.”

“The level of care that I received was astonishing. I get people that tell me ‘hey why didn’t you go downstate?’ But they saved my life right here in my neighborhood,” Rocky said.

After his not one but two lifesaving encounters Rocky has a new outlook on life.

“You appreciate a lot of the little things you may not have appreciated before. You appreciate the good mornings, the good nights, the prayers, and the friendship,” Rocky said.

And appreciation for his two health care heroes, giving each of them a special, lifesaving award.

“It’s always a treat, but I don’t think we deserve it because we just done our job. But we are privileged to be entrusted with the lives of people,” Dr. Sharapov. “If anybody wanted to live, that was Rocky.”

And that’s just what Rocky plans to do.