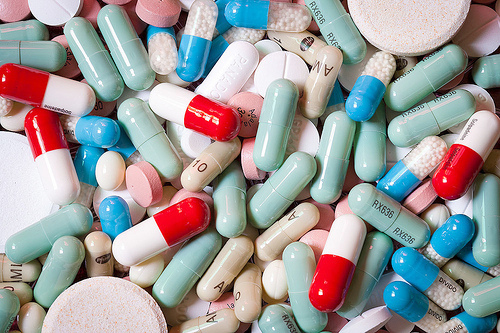 Republican and Democratic lawmakers in Albany are calling on Governor Kathy Hochul to sign a legislative package aimed at protecting local pharmacies.

Three bills jointly referred to as the Pharmacy Rescue Package received nearly unanimous approval in both the State Assembly and Senate. Only a single senator, Republican Patrick Gallivan of Western New York, opposed the measure.

The legislation aims to reduce the cost of prescription drugs by regulating so-called pharmacy benefit managers. PBMs, as they are known, are essentially the middlemen between pharmacies that dispense prescriptions and the health insurance companies paying the bill.

Supporters say the legislation under consideration by Hochul would increase competition in the prescription drug market and shine a light on the PBMs’ profit margins.

Lawmakers like Democratic State Assemblyman Billy Jones of Chateaugay Lake say PBMs artificially increase the cost of prescriptions at the expense of both consumers and independent pharmacies that service them.

“PBMs not only jeopardize this relationship by dictating which prescriptions health insurance companies will cover, but also threaten the very existence of these small independent pharmacies because they cannot afford the reimbursement prices set by PBMs,” Jones said in a written statement.

Steve Moore, a former president of the Pharmacists Society of the State of New York and owner of Condo Pharmacy in Plattsburgh, later appeared with Jones to support the legislative effort in Albany.

Moore said the PBM business model is based on “keeping drug prices high, reducing patient choice, ripping off taxpayers and putting neighborhood pharmacies out of business.”

Dan Bosley, who operates pharmacies in Keeseville and Rouses Point, went even further saying “pharmacy benefit managers are putting the lives of our patients in danger every day they remain unregulated.”

A press release from Jones’ office stated that opaque pricing schemes implemented by PBMs often result in small pharmacies selling prescriptions at a financial loss, with some forced to close.

A January 2019 survey of more than 500 independent pharmacies in the New York City area found that 99% were worried about the impact of PBM’s on their business.

The recently-passed legislation could also produce savings for the State of New York. The state’s Medicaid program costs more than $80 billion per year, roughly 38% of the total state budget. Prescription drugs are included in that spending.

The governor has until Friday to sign the package into law.