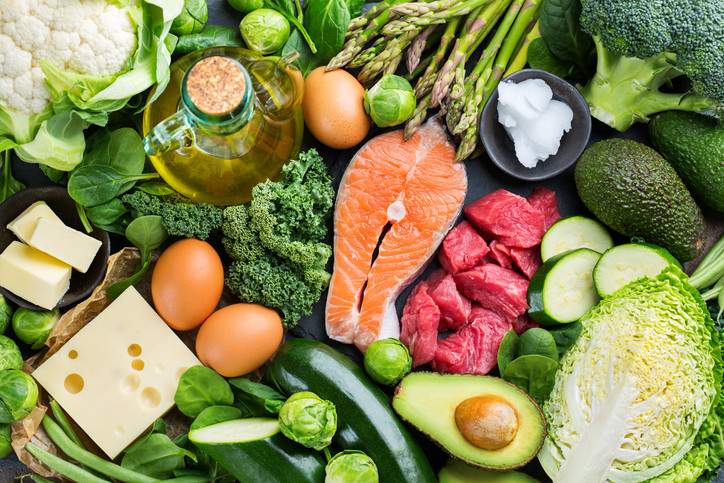 For most people, there’s no single healthy way to eat, though there are healthy foods and eating patterns. Yet for people with prediabetes, a low-carb diet could quickly bring elevated A1C levels back to a healthier range, a trial published in JAMA Network Open suggests.

But while this research revealed several benefits of low-carb eating to blood sugar control, Dr. Giulio Romeo, associate medical director of the Adult Diabetes Section at Harvard-affiliated Joslin Diabetes Center, wonders whether its rigorous approach is realistic in everyday life. “Clearly this study shows that a low-carb — and really, a borderline very-low-carb — diet is effective in reducing A1C levels, which are a measure of blood sugar during the previous three months,” he says. “But it may or may not be sustainable in the long run.”

Which foods were study participants asked to eat — or avoid?

This randomized clinical trial — considered the gold standard in scientific research — enrolled 150 older adults with untreated prediabetes or less severe diabetes. All were overweight (average BMI 35); nearly three-quarters were women and 59% were Black. Over the course of six months, half were randomly assigned to a low-carb diet and frequent dietary counseling, while the other half continued eating their usual diet.

During the first three months, low-carb participants needed to keep carbohydrate levels below 40 grams a day — that’s roughly the amount of carbs in an English muffin and an apple. During months four through six, their carb limit was below 60 grams a day.

What did the study find?

All participants underwent blood testing three and six months into the trial. Compared to those eating their usual diet, participants taking the low-carb approach had greater improvements in A1C and fasting blood glucose levels at the six-month mark. They also lost an average of 13 pounds. Though modest, the A1C improvements represented nearly a 60% lower risk for developing diabetes within the next three years.

“The reduction in A1C was greater in participants who were white compared to Black, which is important to know,” Dr. Romeo says. “By including a large number of Black participants, the study helps us to understand whether the response to a low-carb diet is comparable across race. In this trial, it did not seem to be.”

Was the low-carb diet the only factor in better blood sugar control?

But two direct effects of the low-carb approach may also be responsible for the downward swing in blood glucose, he says. Forcing your body to rely on energy sources other than carbohydrates cuts your appetite. Also, when you eat higher levels of carbs, your pancreas has to produce higher amounts of insulin. Eating fewer carbs reduces the burden on the pancreas and lowers insulin resistance independent of weight loss.

Other study limitations may have also skewed findings, including the intensive dietary counseling low-carb participants received and the self-reporting of daily diets. Dr. Romeo also pointed out that the study wasn’t large or long-term, two attributes that would have strengthened its findings. “It doesn’t necessarily address how sustainable this low-carb diet is, so a 12-month or 18-month study would be welcome,” he says. “But I think it’s a very good step in that direction.”

Can a reasonable approach to carbs make a difference?

Not everyone with prediabetes will be willing or able to cut their carbohydrate intake to the extreme levels undertaken by study participants. But cutting even some carbs might lead to blood sugar and weight control benefits, Dr. Romeo says.

“The fairly large carbohydrate intake we’ve all become accustomed to — breads, sweets, starchy vegetables — can be dialed down a bit,” he says. “Not only can that reduce the risk of diabetes, but it also may help weight loss.”