Christopher Chesley, MD, a fellow in Pulmonary and Critical Care, was awarded the 2021 ATS Fellowship in Health Equality and Diversity. This fellowship is designed to support the efforts of senior fellows, postdoctoral students, or junior faculty with research, clinical, and policy endeavors to advance health equality for patients with respiratory disease, critical care illness or injury, and sleep disordered breathing. Chesley’s research focuses on disparities in critical care delivery for patients with sepsis and acute respiratory failure. He also researches the impact of critical illness on hospital readmissions, and the disparities that result in care coordination. The ATS Fellowship in Health Equality and Diversity will provide up to $25,000 to support the efforts of the successful candidate from July 1, 2021, through June 30, 2022.

Renyu Liu, MD, PhD, a professor of Anesthesiology and Critical Care, directed an educational short film that recently won two awards at this year’s NYC International Film Festival. The film, titled, Wake Up Stroke 120, won the NYC IFF’s Humanitarian Award and the Best Short Narrative Film award. Liu has dedicated much of his career to spreading stroke awareness (even as it relates to the COVID-19 pandemic), not just to patients and students but also to the community as a whole, especially in China, where he is originally from. 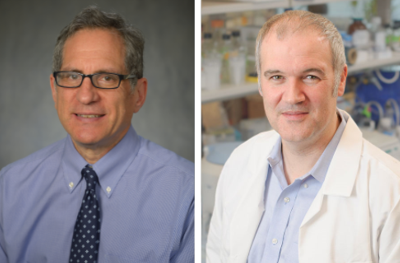 David Mankoff, MD, PhD, vice chair for research in Radiology, and Sean Carlin, PhD, a research associate professor of Radiology, were awarded a five-year, $3.5 million academic-industry partnership grant from the National Cancer Institute between Penn Medicine, Washington University, MD Anderson Cancer Center, and the Philadelphia-based biotechnology company Trevarx. The aim of the grant is to implement and execute a multi-center pilot study of the diagnostic accuracy of a novel PET radiotracer, with the long-term goal of a Phase III clinical trial to bring the agent to the clinic. PARP inhibitors have emerged as an important new therapy that target a broadening class of gene mutations present in ovarian, breast, and a host of other cancers. Identifying patients who might benefit from this treatment is imperfect, and therefore, there is a strong need for the development of a predictive imaging marker.

Nuala J. Meyer, MD, MS, an associate professor of Medicine and the director of the Center for Translational Lung Biology, was inducted into the American Society of Clinical Investigation. She and other new members come from 43 institutions and represent excellence across the breadth of academic medicine. Meyer is one of 80 inductees out of 245 nominees. Meyer’s research focuses on genomic and molecular risk factors for acute respiratory distress syndrome and other forms of sepsis-associated organ failure, in order to identify potential biologic subtypes that may warrant precision treatments. More recently, she has investigated COVID-19-related sepsis to identify distinct patterns of immune response. She is committed to the training of future physician scientists and enhancing translational research training, and was awarded an NHLBI K24 to support this mentorship. She is a passionate advocate of team science and harmonization between clinical trials and mechanistic investigation, as well as between fundamental and patient-oriented investigations, to accelerate the impact of science for patients.

Jason Moore, PhD, director of the Institute for Biomedical Informatics and a professor of Biostatistics, Epidemiology and Informatics, was elected to be a fellow in the International Academy of Health Sciences Informatics’ Class of 2021. Formed in 2017 through the International Medical Informatics Association, the International Academy of Health Sciences Informatics seeks to guide and generate leadership on the study of computational systems and data in health care. Fellows are nominated and elected because of their globally recognized work. “It is an honor to be recognized by my peers from around the world who are advancing the discipline of informatics for the purpose of studying human health and advancing healthcare,” Moore said. 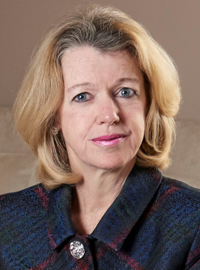 Joan O’Brien, MD, chair of Ophthalmology, and researchers at the Scheie Eye Institute were awarded a five-year, $6.6 million National Eye Institute grant renewal to investigate genetic variants associated with primary open-angle glaucoma (POAG) in Black people. This grant builds upon the original $11.2 million study, funded in 2014, which recruited and genotyped 10,255 patients from Philadelphia. POAG disproportionately affects Black people. Current treatment options aim to lower the pressure in the eye, but are insufficient to prevent vision loss in roughly one-third of patients. The researchers’ long-term goal is to understand the biological importance of the disease variants in order to develop more personalized diagnostic and treatment strategies for this understudied population.

Penn Medicine is one of the world’s leading academic medical centers, dedicated to the related missions of medical education, biomedical research, and excellence in patient care. Penn Medicine consists of the Raymond and Ruth Perelman School of Medicine at the University of Pennsylvania (founded in 1765 as the nation’s first medical school) and the University of Pennsylvania Health System, which together form a $8.9 billion enterprise.

The Perelman School of Medicine has been ranked among the top medical schools in the United States for more than 20 years, according to U.S. News & World Report’s survey of research-oriented medical schools. The School is consistently among the nation’s top recipients of funding from the National Institutes of Health, with $496 million awarded in the 2020 fiscal year.

Penn Medicine is powered by a talented and dedicated workforce of more than 44,000 people. The organization also has alliances with top community health systems across both Southeastern Pennsylvania and Southern New Jersey, creating more options for patients no matter where they live.

Penn Medicine is committed to improving lives and health through a variety of community-based programs and activities. In fiscal year 2020, Penn Medicine provided more than $563 million to benefit our community.